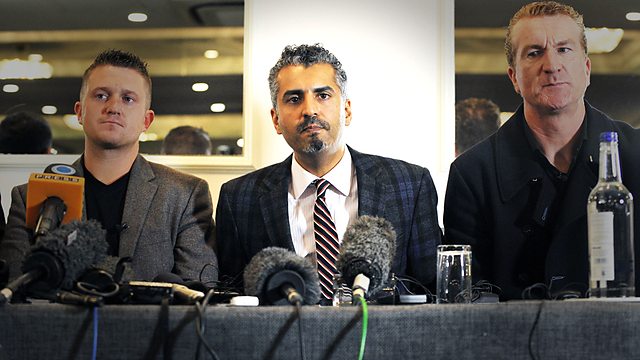 Last week the Camden New Journal published a report on the campaign to persuade the Liberal Democrats to remove Quilliam’s Maajid Nawaz as their parliamentary candidate for the Hampstead & Kilburn constituency. I sent a letter to the CNJ in response, which was not published, so I reproduce it here:

I was amused to read the indignant complaint by Lib Dem parliamentary candidate Maajid Nawaz that he had been “censored and silenced” because many people in the Muslim community objected to his tweeting of an offensive cartoon (‘Jesus and Mo’ tweet Nawaz: ‘Calm down’, January 23).

Nawaz’s presentation of himself as a defender of free speech certainly conflicts with my own experience. It’s only a few years since I received a threatening letter from lawyers representing Quilliam, the organisation of which Nawaz is co-founder and chairman, demanding that I cease criticising it and remove all articles from the Islamophobia Watch website that Quilliam found objectionable.

The letter asserted that my criticisms of Nawaz and his colleagues “bear the natural and ordinary meaning that The Quilliam Foundation are hypocrites”. All I can say is – I rest my case.

The letter from Quilliam’s lawyers can be read here. The legal threat followed an attempt by Ed Husain, co-founder of Quilliam, to politically blackmail Murad Qureshi, the London Assembly member for whom I worked at the time, into taking action against me. To his credit, Murad told Husain to take his threatening email and shove it, so Quilliam responded by hiring libel lawyers in an attempt to shut me up.

Nawaz’s admirers who have rallied so enthusiastically to his defence, loudly proclaiming the right of individuals “to speak their minds without fear of retribution”, might like to reflect on Quilliam’s own record of upholding that principle.