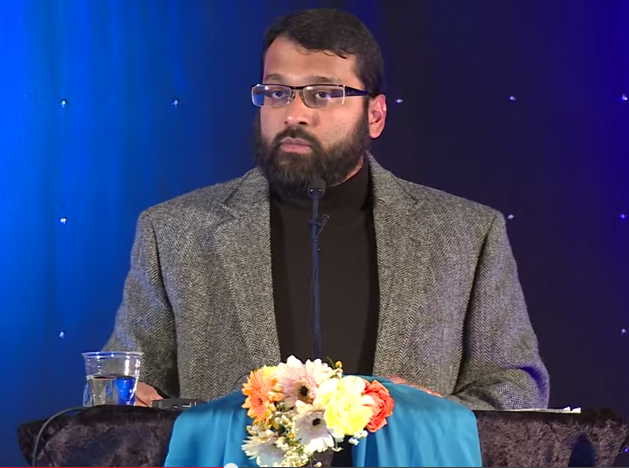 The insurgence of the Islamic State, previously known as Isis, is causing hundreds of deaths in Iraq and Syria.

The killings perpetrated by the militants, who recently posted online videos in which they beheaded two American journalists, have prompted many people worldwide – including several Muslim institutions – to publicly condemn the group.

According to American Muslim scholar Yasir Qadhi, who has been described as one “of the most influential conservative clerics in American Islam”, it is good that Muslims voice their dissent. However, he highlighted the problem of what he defined as an “excessive burden placed on every single Muslim, who is required to distance themselves from extremists.”

Speaking to IBTimes UK, Qadhi – who co-founded MuslimMatters.org, aimed at discussing issues faced by Muslims worldwide – explained that there are extremists in all religious groups.

“There is this assumption that every single Muslim needs to condemn groups like IS. Whereas this does not apply to other religious groups,” he said. “When the paedophilia scandal erupted in the Catholic Church, for example, nobody expected every single Catholic person to publicly say: ‘I am against paedophilia and I am not a paedophile.’ The Westboro Church has fanatics, but people are not expected to publicly condemn such fanatics.”

According to Qadhi, this excessive pressure put on Muslims is due to ignorance and lack of communication.

“Muslims are not guilty because there are radical groups,” he continued. “If Muslims don’t condemn extremists, then there is this assumption that they support radical ideologies. This is a matter of ignorance: a lot of people really don’t know Muslims, they don’t engage with them.

“I have experienced racist attacks myself. People feel intimidated when they see a Muslim, and it’s understandable: when you keep on talking about a group or a race in a negative way, people are scared. And this is very dangerous for societies. Media and politicians need to understand the dangers of provoking fear among their citizens.”

Qadhi suggested education and intercultural engagement are ways to defy such prejudice.

“IS has nothing to do with religion, it is not the religion that is causing the massacre or the terrorism,” he said. “IS militants are terrorists with a political agenda. We have to understand why these radical groups are forming now. We need to ask ourselves: who created the political turmoil that allowed these renegades to reach the positions they have? Where does the anger come from? What are the reasons? We cannot ignore the circumstances that brought the creation of IS.”

According to Qadhi, media and politicians are responsible for exacerbating the threats of extremists.

“It is very convenient for certain media and political actors to exaggerate the threats of these groups. These fanatics are dangerous and I have no sympathy for them, but let’s be realistic: they are not more threatening than police brutality or drugs, far more prevalent in certain societies,” he continued.

“I believe the media have the responsibility to question politicians and go deeper on this issue: let’s not paint the narrative that IS terrorists want to kill us because we belong to a different religion,” Qadhi concluded.