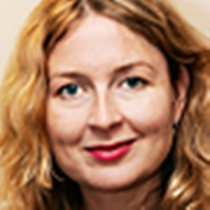 Christina Patterson in the Independent, 3 August 2011

“A growing number of people who are trying to turn whole areas into Sharia controlled zones”? This is of course a reference to Anjem Choudary and his minuscule group of provocateurs, now trading under the name of Muslims Against Crusades. Choudary managed to muster fully 50 supporters to march through Waltham Forest last weekend, which probably amounted to a national mobilisation on the part of his organisation. The idea that this tiny band of publicity-seeking idiots will be in a position to “patrol the streets to enforce the Sharia code” is laughable. Choudary himself admitted as much to London24.

We recently objected to the Daily Mail irresponsibly associating mainstream Muslim institutions like sharia councils with a group of extremist idiots like Muslims Against Crusades. And now we have a supposedly liberal newspaper doing just the same – less than two weeks after Anders Breivik carried out the atrocities in Norway, motivated by fears of “Islamisation”. They should be ashamed of themselves.

To be fair to Christina Patterson, she is an equal opportunities bigot. Cf. her article from last year, “The limits of multi-culturalism”, in which she referred to a young Hasidic Jewish boy apparently acting resentfully when she next him on the bus – a reaction she put down, on the basis of no evidence whatsoever, to the boy “recoiling from a normal-looking woman (because, presumably, he has been taught that she is dirty or dangerous, or, heaven forbid, dripping with menstrual blood)”. I’m not generally a fan of the JC, but I thought this article made a number of good points.