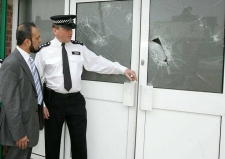 Four thugs who smashed up a Redbridge mosque before hurling a brick at the imam have been jailed for a total of 12-and-a-half years today.

The gang shattered the windows of Redbridge Islamic Centre, Eastern Avenue, before trying to storm their way inside while taunting worshippers with sickening chants.

Rocky Beale, 19, of Purleigh Avenue, Woodford Green and Eliot Jones, 19, of Keswick Gardens, Redbridge, pelted the centre with bricks, along with 18-year-old Matthew Stephenson, of Burrow Road, Hainault. Harry Deluca, 16, whose name can now be revealed after an order was lifted by the judge, also pelted the centre and repeatedly screamed “EDL” throughout the assault on March 24. All four denied violent disorder but were convicted by a jury last month after just 90 minutes of deliberation.

Judge Timothy King sentenced Beale, Jones and Stephenson to three-and-a-half years each in a young offenders’ institution during yesterday’s (Wednesday’s) hearing at Snaresbrook Crown Court. Deluca, of Manford Way, Hainault was given a two-year detention and training order. The judge told them: “It is difficult, it seems to me, to imagine a case of violent disorder more serious than this one.”

Cllr Shoaib Patel, cabinet member for community safety on Redbridge Council, told the Recorder: “I am delighted with the result and it is great news for all the people that suffered because of the attack. It shows that Redbridge will not tolerate racial abuse after the community has worked hard to promote strong cohesion.” 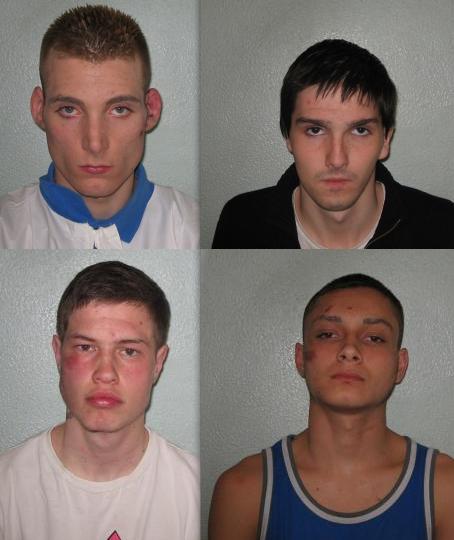