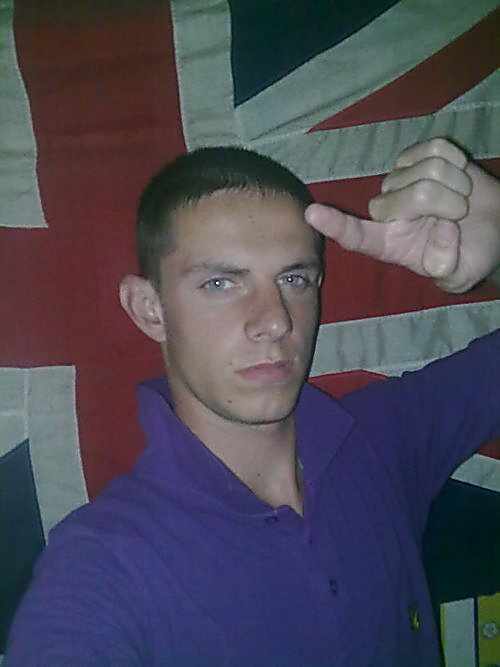 Four Yorkshire EDL supporters were jailed this week for a vicious attack on two Asian teenagers.

Leeds Crown Court heard how the four yobs, Dale Oakley, Jordan Williams and Melvin Watts all of Dewsbury, and Josh Foster of Tadcaster attacked the two teenagers in revenge as Foster and Williams, had been beaten up by an Asian group at an earlier date. However, neither of the victims was involved in the initial attack on Foster and Williams.

Williams struck one of the teenagers with a stick while Watts, slashed one of them in the face with a knife he had brought from home.

Jordan Williams, 18, was sent to a young offenders’ institute for 18 months for wounding, racially aggravated assault and possessing an offensive weapon.

One of the thugs, Dale Oakley has a very interesting background as both his parents are well known Nazis in the Dewsbury area.

In 2005 both his parents were jailed for stirring up racial hatred on a far right website. Jeremy Oakley and wife Jacqueline were sent to prison for 18 months and 9 months respectively after admitting posting hate material on the White Nationalist Party website.

Obviously the hatred in the Oakley family has been passed down through the family.

And what was the response of Dewsbury EDL to the court case? Did they condemn the attack on the two teenagers and state that Oakley and his fellow racist thugs were not welcome in the EDL? Of course not. They just denounced the “two tier system”.

Update:  On the 1 April edition of the BBC’s The Big Questionsdiscussion programme one participant referred to the conviction of these four thugs as an example of the violent character of the EDL. In response EDL leader Stephen Lennon demanded evidence of any connection to the EDL. Hope Not Hate was happy to provide it.