The following has just been posted on the English Defence League’s Facebook page: 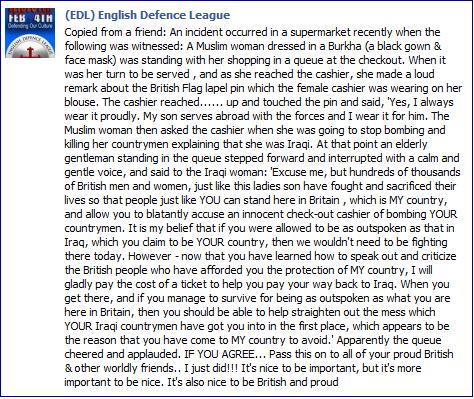 This is a well-known hoax that originated in the US and was later transplanted to Australia, where it recently made a reappearance. Its British variant is now being promoted by the EDL in order to whip up anti-Muslim sentiment in the UK.