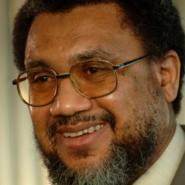 A leading member of the Muslim Council of Britain is suing cabinet minister Hazel Blears for defamation, following a row over the Israeli bombing of Gaza. Dr Daud Abdullah, who is the MCB deputy secretary-general, is seeking damages.

Ms Blears said a document which Dr Abdullah signed on hostilities in Gaza had advocated attacks on UK military personnel and on Jews around the world. Ms Blears made the claim in a letter to the Guardian last week, but Dr Abdullah has vehemently denied it.

The document is known as the Istanbul Declaration and was signed by 90 Muslim leaders in response to the three-week Israeli offensive in Gaza, in December and January.

The minister said the declaration supported violence against foreign troops, including British naval forces and advocated “attacks on Jewish communities all around the world”. Ms Blears, who is Communities Secretary, said Dr Abdullah needed to make his own position clear.

Dr Abdullah has in turn accused Ms Blears of “crude bullying”. He said the declaration did not represent an attack on Jewish people and that he did not call for or support attacks on British troops anywhere in the world.

After the legal action was launched a spokesperson for the Department for Communities and Local Government confirmed it had received correspondence from Dr Daud Abdullah’s solicitors.