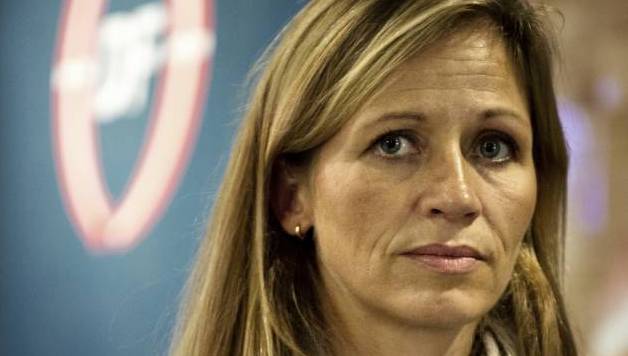 Senior members of Dansk Folkeparti espoused the opinion that there are enough Muslims in Denmark and border controls should be established to stop more from entering the country.

DF’s defence spokesperson Marie Krarup [pictured] said that the time has come to completely halt Muslim immigration. “We should limit the size of the Muslim minority in Denmark,” Krarup wrote in a blog for Berlingske newspaper.

Anders Vistisen, number two on DF’s list of candidates for the European Parliament, agreed that the number of Muslims in Denmark should be limited. DF’s citizenship spokesperson, Christian Langballe, couldn’t see how a total ban against Muslims could be put into place. “It is impractical to call a complete halt, but I think that Muslim immigration must be limited,” he told Berlingske.

The call for a complete ban to Muslim immigration does not exactly jibe with official DF policy. Deputy party head Søren Espersen called calls by Holger Gorm Petersen, a local DF politician in Vejle to turn Muslims around at the border “silly and stupid”.

Espersen did say that he felt many Danes, especially those who live in the country away from the major cities, are uneasy with the amount of Muslims coming into Denmark. “They look at Sweden, France, England and Germany and do not like what they see,” he said. Espersen said that he had no problems with Islam as a religion, but was vehemently opposed to it as a political system.

Karina Lorentzen, the integration spokesperson for government coalition party Socialistisk Folkeparti, showed no such restraint and compared the opinions expressed by the DF members to Nazism. “It is a sick mindset to identify all Muslims as a problem simply because they are Muslims,” Lorentzen said in a statement. “It is reminiscent of Hitler, who  identified Jews as a problem simply because of their religion.”

Lorentzen said she “was not surprised” by the statements. “What is more surprising is that DF has been able to put a lid on these discriminatory attitudes that are now becoming visible,” she said.

In her Berlingske blog Krarup defends her call for an end to Muslim immigration on the basis of the DF’s commitment to “preserve Denmark and Danish culture”. She asserts that “Islamic ideology is at its core diametrically opposed to the Christian faith”, as it rejects both freedom and secularism, and that that there is “no compromise between the two views”. With only a “tiny part” of the Muslim community prepared to “live according to a Western lifestyle”, a culture clash is inevitable. Immigration should be allowed only from non-Muslim countries whose culture is compatible with that of Denmark.