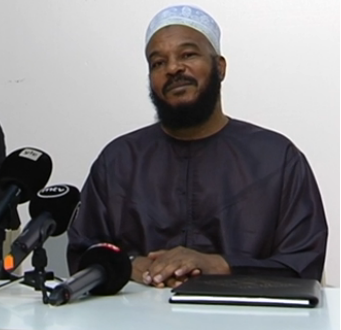 Speaking to the Finnish media on Saturday, controversial Muslim cleric Bilal Philips denied extremist ties or preaching violence against homosexuals. Philips, who started a two-day visit to Finland on Saturday, urged Finland’s Muslims to actively participate in society and warned young men against going to Syria to take up arms.

Answering questions from the press, Philips flatly denied that he promotes radical views. He stressed that his aim is to teach the truth of his religion, which is not a call for violence.

“My main message to Muslims, wherever I go is to know what the true teachings of Islam are, because these true teachings do not allow terrorism. They don’t allow those extremist acts like suicide bombing. It doesn’t allow it. So how does it spread? How does it happen to be amongst the people? Because of ignorance where some individuals, extreme individuals, exploit the ignorance of people and promote this. So actually by banning me, by not allowing me in the country, and people like myself, they are actually opening the door to terrorism,” he said. “The religion calls to moderation, to a moderate path to a middle path, to avoid the extremes,” Philips stressed.

A few countries have banned Bilal Philips for what his critics say is a call for the death penalty for homosexuals. He denied this claim as well, explaining that it is a part of Islamic law where it is in force. “I don’t go around giving lectures on killing homosexuals,” stated Philips.

Philips said that part of the message he was bringing to Muslims in Finland was the need to tackle the issues of Islamophobia. He stressed that Muslins need to have a greater voice in clarifying misunderstandings because if no response if given, no discussion takes place, then misunderstandings continue.

He further urged his co-religionists to be active in developing the societies in which they live. “They have to know what are the limits that Islam requires of them living in a non-Muslin society. They have responsibilities to obey the laws of the land. If there are issues, they should be dealt with politically, not through some kind of violent, reactionary means.”

There have been reports of some young Finnish Muslims travelling to Syria to take up arms. Philips warned against this path.

“My message is not to do that. If you want to help medically, give support, fine. But to go running over there, you don’t know what you are running into, who is there and what and people appear this way and that way and you get caught up in something, you end up killing Muslims. You don’t know. So stay away. Better you support the refugees, those who are in the camps, medically, with food, clothing, all this. There’s a huge need there, so help them that way,” he urged.