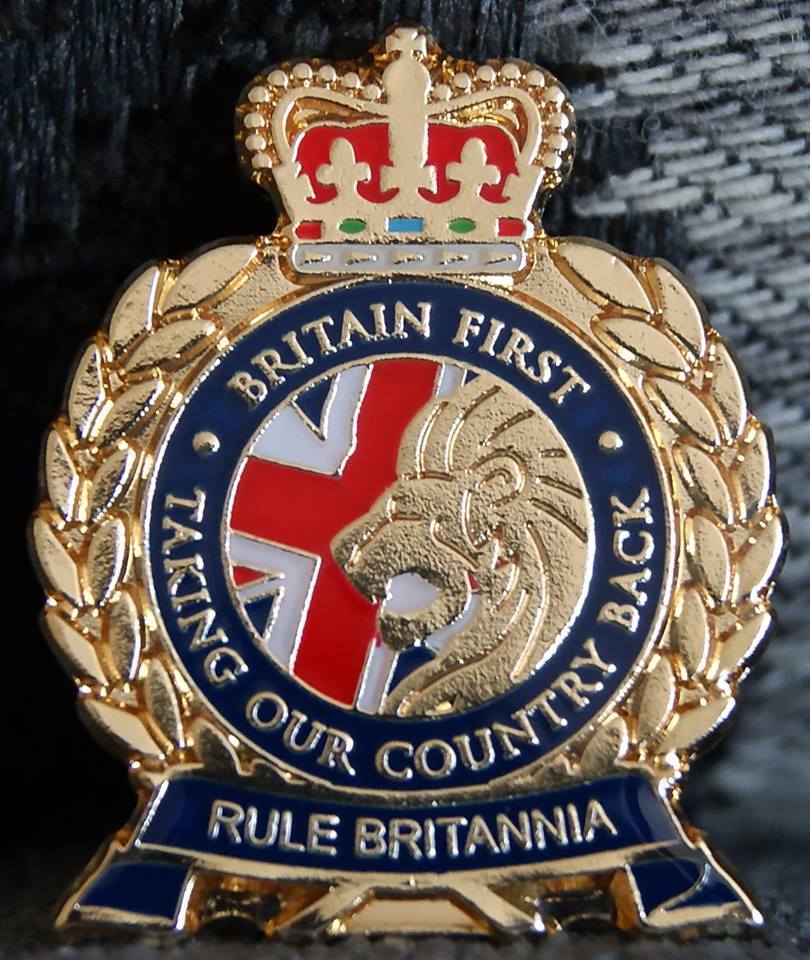 Britain First, an offshoot of the British National party, has been rapped by the advertising watchdog for using official royal symbols on its website and activists’ uniform without permission.

The far right party, which contested May’s local and European elections, campaigned in Yorkshire wearing flat caps and green jackets embossed with the party logo, which features the royal crown and the words “Taking our country back” and “Rule Britannia”. The jackets, as well as other clothing including a beanie hat and hoodie, are for sale on the group’s website.

The Advertising Standards Authority investigated the site after a complaint that it breached the Committee of Advertising Practice code on use of the royal crown. It said Britain First had breached the advertising code by not responding to its enquiries and by using the royal images without proper permission. However, it has no power to rule on the use of the crown image on the group’s uniform.

Paul Golding, the party leader, said the group had already removed images of a T-shirt featuring an official royal crest but would continue to use its logo, including the crown. “We’ve checked it out with our solicitors and it’s used by multiple organisations up and down the country. It’s not an official crown, it’s something we’ve designed with a graphic designer,” he said. Golding also dismissed the ASA as a “toothless quango with no power which no one takes any notice of”.

“We understood from the Cabinet Office that the Lord Chamberlain’s Office, responsible for authorising official use of the royal crown and Scottish arms, had not granted permission for Britain First to use the royal emblems on their merchandising. The design on the clothing was clearly visible on the website pages and in the ad on Facebook and, because we had seen no evidence to show that Britain First was entitled to use the emblems, we considered that [they] had been used without prior permission and therefore breach the code,” the watchdog said in its ruling.

The Cabinet Office and Lord Chamberlain’s Office were not available for comment.

The latest controversy for the group comes after the Electoral Commission was forced to launch an official investigation earlier this year when it emerged it allowed Britain First to use a slogan featuring murdered soldier Lee Rigby on Welsh ballot papers for the European election. The tag line “remember Lee Rigby” appeared underneath Britain First’s name on voting slips used in the poll in May, which took place on the first anniversary of the death of the 25-year-old in south London.

Britain First has also been investigated by police in Bradford and Scotland after the group visited mosques earlier this year, handing out leaflets and army-issue Bibles to Muslims in what they called a Christian crusade.