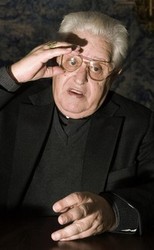 “The advice that I give to young Portuguese girls is – be careful with relationships, think twice about marrying Muslims,” the patriarch of Lisbon said. “It is getting into a pile of troubles, that not even Allah knows where would end.”

Policarpo made the statement at a gathering on Tuesday evening in a well-known casino that organises meetings of public figures with paying guests. His comments were repeated on several television stations on Wednesday.

The Vatican discourages Catholic women from marrying Muslims and Policarpo echoed that position in blunt terms. “I know that if a young European of Christian background marries a Muslim, as soon as they go to his country, they’ll be subject to the regime of Muslim women,” Policarpo said. “Just imagine it.”

Policarpo, a leading cardinal who was tipped as a contender in the 2005 conclave that elected Pope Benedict, also said dialogue with Muslims was not easy in Portugal.

“It is only possible to dialogue with those who want to have dialogue, for example with our Muslim brothers dialogue is very difficult,” he said.