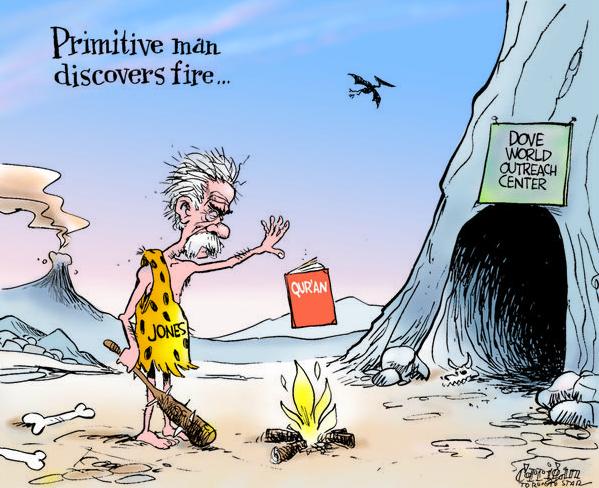 We know that Pastor Terry Jones of the Dove World Outreach Center was originally invited to speak at the English Defence League’s Luton demonstration on 5 February, then disinvited when the EDL leadership belatedly woke up to his record of racism and homophobia, and that the National Front promptly stepped into the breach, denouncing the “utter cave in” by the “pro multi-cult EDL” and inviting Jones to speak at one of their own events. Meanwhile, home secretary Theresa May was reported to be “actively looking at” imposing a ban on Jones entering the UK.

Since then the NF have suggested that Jones may have pulled out of their event. But the “Stand Up America with Dr Terry Jones”Facebook page and the Dove World Outreach Center website state that Jones will address a National Front rally on 5 February, where he will “speak against the evils and destructiveness of Islam in support of the continued fight against the Islamification of England and Europe”. This would presumably be the NF’s Forty-fourth Anniversary Rally, which is to be held on 5 February somewhere in West Yorksire and is advertised as featuring “a surprise speaker from overseas”. And still no word from Theresa May on whether Jones will be allowed into the country.