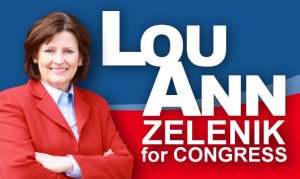 A new super PAC targeting a Tennessee House primary has raised all its funds from a board member of a local anti-Islamic conservative group who is also the one-time finance chairman of one of the candidates in the race.

Citizens 4 Ethics in Government registered as a super PAC with the Federal Election Commission on July 2. Its first disclosure, filed today, shows that it has raised all of its $105,000 in funds from Andrew Miller, the owner of Nashville-based Healthmark Ventures and a conservative activist who helps lead the anti-Islamic Tennessee Freedom Coalition. The group has spent more than $30,000 so far on the 6th Congressional District primary contest between incumbent Rep. Diane Black (R-Tenn.) and tea party activist Lou Ann Zelenik.

Zelenik, who has made opposition to the building of an Islamic Center in Murfreesboro, Tenn. a major issue in her campaign, was the executive director of the Coalition before leaving to run for congress.

The Coalition lists opposition to the growth of radical Islam and the promotion of “cultural cohesion” among its goals, among other conservative causes. In April 2011 the group hosted Dutch parliamentarian Geert Wilders as a speaker; Wilders is known across Europe for his anti-immigration and anti-Islamic politics. He has called for the banning of the Quran and called Islam a totalitarian ideology rather than a religion.

Zelenik’s “Where I Stand” statement includes the following:  “I will work to stop the Islamization of our society, and do everything possible to prevent Sharia Law from circumventing our laws and our Constitution.”

Not that Diane Black’s line on these issues is a whole lot better. Her response to the recent court decision to allow Murfreesboro Muslims to occupy their new centre was to criticise the DOJ for intervening in the case: “Christians’ rights to freedom of religion are violated frequently and the Obama Justice Department doesn’t come rushing to our aid, but they will meddle in a local zoning matter to promote Islam.”

This didn’t prevent Zelenik from denouncing Black for adopting a pusillanimous attitude towards the Murfreesboro Islamic Center.