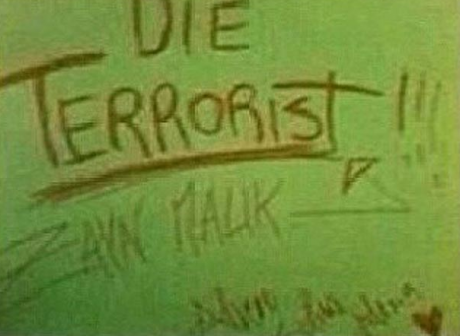 Zayn Malik’s fans are out in force on Twitter this evening after he faced even more racist abuse at a recent One Direction concert.

It was around a year ago that the Bradford bad boy first left Twitter because of the racial slurs being directed at him and his family but it seems the haters are not constrained to online abuse, they’ve been harassing him in person too.

A photo of a supposed sign is being circulated by fan groups on Twitter and it appears to read “Die terrorist Zayn Malik.” In response Directioners around the globe have been pushing to get the hashtag #ZaynIsNotATerroristTR trending worldwide.

Another photo of Zayn looking at his feet and appearing distraught is supposedly showing the moment that he caught sight of the banner which was flown at the band’s San Jose concert this week.