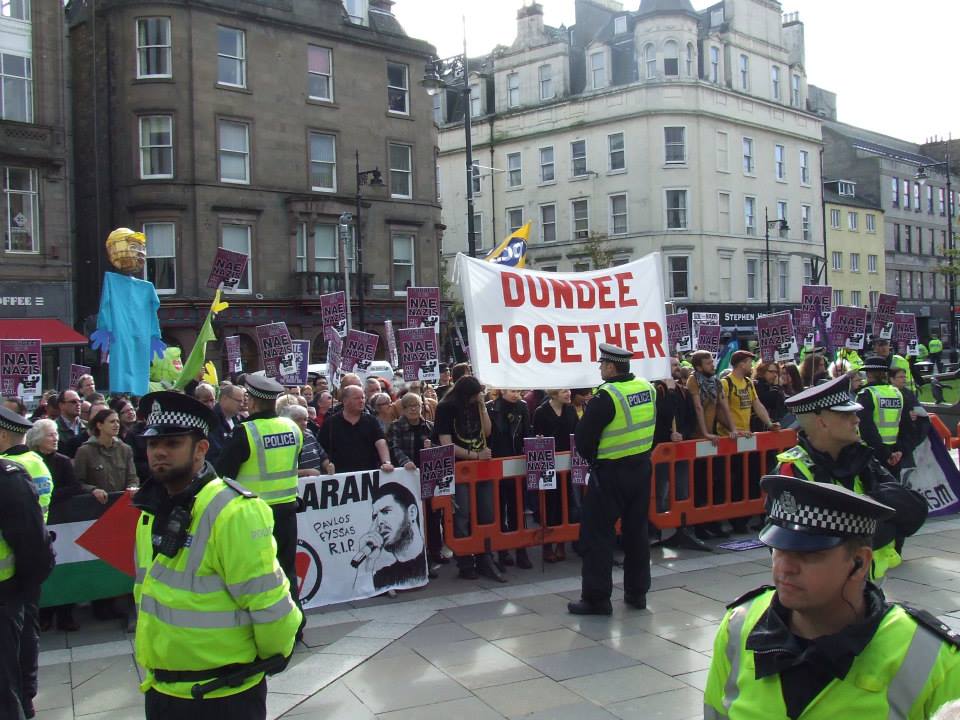 A major crowd control operation involving mounted police and almost 100 uniformed personnel was mobilised to deal with a demonstration by rival political groups in Dundee on Saturday.

The protest by the far right Scottish Defence League and counter demonstration by the Unite Against Fascism (UAF) alliance passed without any arrests thanks to strict segregation outside the City Churches.

The two groups – the SDL heavily outnumbered – confronted each other and traded chants but were kept apart by barriers and four mounted officers.

The SDL members, who were bussed into Dundee from as far as Sunderland, shouted their loathing for what they called militant Islam, but their message was drowned out by the UAF, who condemned their racial intolerance.

Up to 200 members of the UAF along with local politicians and dignitaries met in City Square for a rally and protest against the visitors. The group, holding placards proclaiming “Nae Nazis” then congregated at the east side of City Churches, where police escorted them behind a barrier.

Shortly before 1pm the first of the SDL arrived at the same spot and officers guided them behind a facing barrier, maintaining a 50ft distance.

The initially subdued SDL became more vocal as their numbers were bolstered by a coach-load and two minibuses of their members. Chants of “S, S, SDL” were heard and members held up banners emblazoned with slogans including “Deport Islamic terrorists and hate preachers,” and “RIP Lee Rigby.”

A police spokesman said there were no arrests. 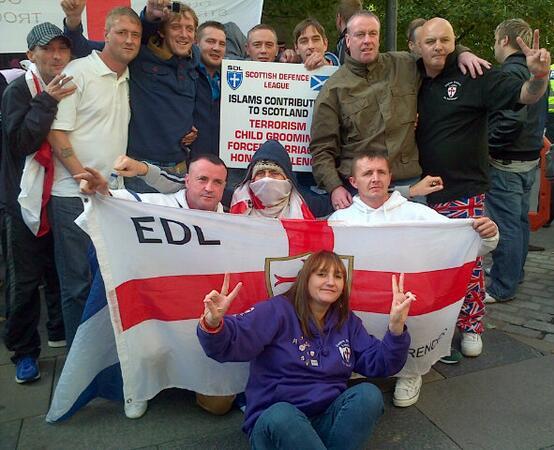