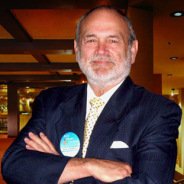 A prominent Phoenix tea party leader who believes Muslims cannot be trusted to be loyal to the United States and should not be working for the federal government is incensed with U.S. Sen. John McCain’s defense of a top State Department official and is eying a recall drive against Arizona’s senior senator.

Wes Harris, the founder and chairman of the Original North Phoenix Tea Party, said he plans to take out a recall petition against McCain. While Harris has many problems with McCain, a mass email he sent out focused solely on the senator’s recent defense of Huma Abedin, a top aide to U.S. Secretary of State Hillary Clinton. Harris accused Abedin of having ties to an Islamic extremist group, and he objected to the fact that a Muslim was working for the State Department in the first place.

Harris said he believes Muslims’ loyalty to the U.S. is questionable because their ultimate loyalty is to the Quran and Islam, which he described as “more a fascist type of organization.”

“Have you ever read the Quran? I suggest you do so, because anyone that is a Muslim is a threat to this country, and that’s a fact,” Harris told the Arizona Capitol Times. “There is no such thing as a moderate Muslim. If they are Muslim they have to follow the Quran. That’s their religion and that’s their doctrine.”

Harris said he plans to circulate recall petitions against McCain. In his email, he said, “We must find a way to get rid of this embarrassment.”

The email Harris sent includes a forwarded item from the blog Bare Naked Islam that castigates McCain for defending “Islamic enemies of America” and attacking U.S. Rep. Michele Bachmann, a Minnesota Republican and tea party favorite. The blog piece ends by saying, “Go to hell, Senator, it’s time for you to take your final dirt nap.”

Harris said he believes Abedin has ties to the Muslim Brotherhood. But ultimately, he said it doesn’t matter whether she’s linked to the group or not because he doesn’t believe Muslims should work for the federal government.

“Is she a Muslim? Is she an active Muslim?” Harris said. “I rest my case. That’s all she needs to be.”