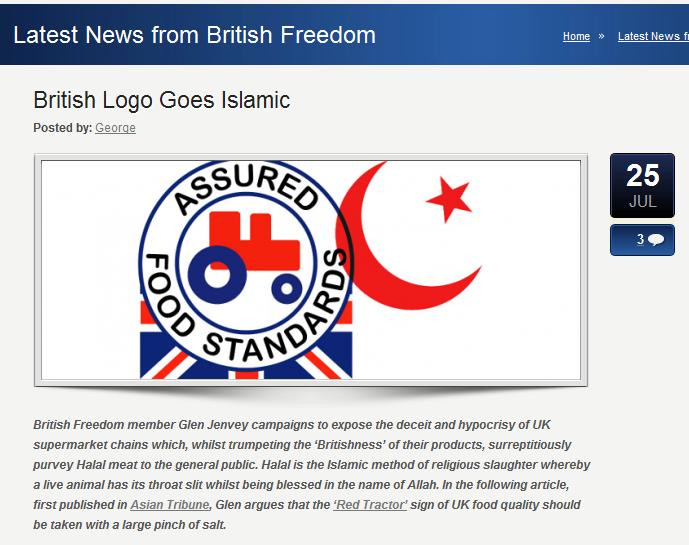 Glen Jenvey, the self-styled terrorism expert responsible for the Sun‘s fabricated “Terror Target Sugar” story about a supposed Muslim extremist hitlist (although he now denies this), recently posted a glowing account of the English Defence League and its membership (“I was amazed at the grass root support of EDL and the British Freedom Party which is a new political party which has been now merged with the EDL leadership … it was made up of every race as they have a open membership which is not reported in the UK media”).

And now it appears that Jenvey has taken his admiration one step further and joined the British Freedom party. They have crossposted an article by Jenvey on their website denouncing the sale of halal meat, with an introduction describing him as a British Freedom member.

Given his record, British Freedom might be advised to be a bit wary of Jenvey. A few years back he announced his conversion to Islam, and joined Anjem Choudary’s group, only to subsequently declare that this had been a sting operation aimed at exposing Choudary and the terrorist threat he supposedly represents. Before that, Jenvey claimed to have infiltrated the Tamil Tigers.

However, in view of his long history of stoking Islamophobia, which includes an appearance in the notorious documentaryObsession – Radical Islam’s War Against the West, there are perhaps stronger grounds for accepting Jenvey’s new affiliation as genuine.