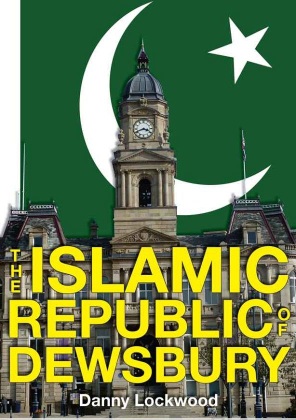 Danny Lockwood, an editor and publisher, has courted controversy by writing a book with a provocative title, The Islamic Republic of Dewsbury.

It is a blunt assault on multi-culturalism seen through the prism of his experience of immigration in the town of Dewsbury in West Yorkshire. Lockwood refers to his book as a “hard-hitting chronicle of the massive social changes in the district” and what he describes as “20 years of failed multi-culturalism.”

He launched an independent weekly title, The Press in Dewsbury, in March 2002 in competition to the Dewsbury Reporter and Batley News, which he used to edit.

Many of the book’s topics were aired when Lockwood was sued for libel by Dewsbury’s former MP and Labour minister, Shahid Malik. A two-week trial ended in a hung jury and Malik then dropped the action after reaching an out-of-court settlement with Lockwood and a Tory councillor.

Lockwood said: “We haven’t heard a negative word from a single person who has looked beyond the title and actually read the book. No fatwas, no boycotts of the business.”

On the Amazon site, there are currently eight reviews, all of them warmly praising Lockwood’s book.

I can see why the English Defence League might want to plug Lockwood’s book (see below), but I don’t understand why Roy Greenslade is giving such friendly coverage to this obnoxious man.

Lockwood, you may recall, was the subject of a protest by Muslims in Dewsbury in 2010 after he wrote an article for The Press in which he commented that if Cumbrian mass-murderer Derrick Bird had been carrying a Qur’an “he would have been celebrated as a hero by tens of thousands – possibly more – of so-called ‘British’ muslims”.

The police rejected demands that Lockwood should be prosecuted for inciting religious hatred, pointing out that under existing legislation “abusive or insulting behaviour intended to stir up religious hatred does not constitute an offence”.