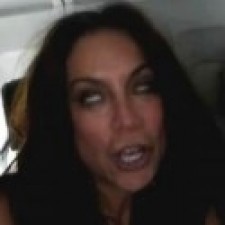 In an interview at Frontpage Magazine, Pamela Geller tells Jamie Glazov that “a vile Islamic supremacist, Lutfur Rahman, has been elected executive mayor of the London borough of Tower Hamlets. And he has accomplished this through massive voterfraud – isn’t this always how they get their way?” Indeed, according to Geller, Lutfur is not only an Islamic supremacist, he has “links to jihadist groups”.

“What will this mean for Tower Hamlets and Britain in general?” Glazov enquires anxiously. Geller: “It means Sharia for Britain, and the election of Lutfur Rahman is a significant step in that direction.The IFE says that its agenda is to change the ‘very infrastructure of society, its institutions, its culture, its political order and its creed… from ignorance to Islam’.”

And what is Geller’s source for this crazed Islamophobic rant? Yes, you guessed, it is of course Andrew Gilligan.

Gilligan must be really proud of himself. First a ringing endorsement from Melanie Phillips and now he is being hailed as a “superb investigative journalist” by an American EDL admirer whose politics make mad Mel look relatively sane.