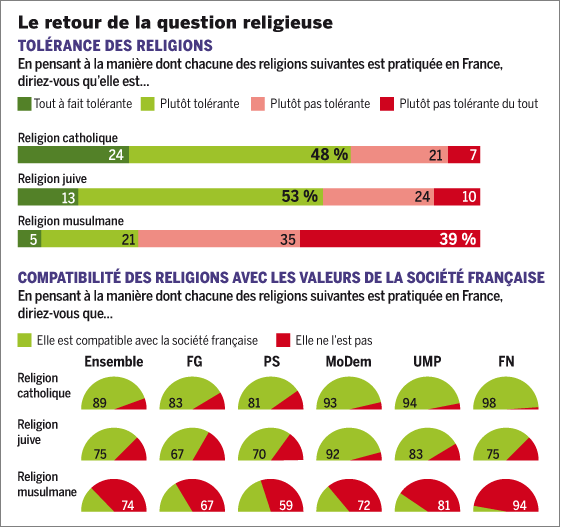 A new survey by Paris-based Ipsos research company on Thursday showed 74% of French respondents believe the Muslim religion is ”intolerant” and incompatible with their social values.

The data varied across age groups and political affiliations, but represents a majority in each category of respondents.