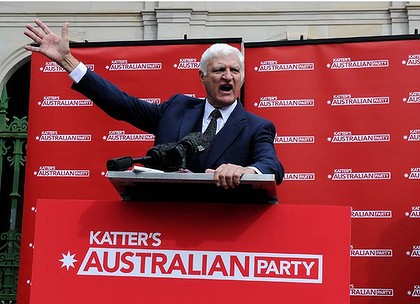 A candidate for Bob Katter’s fledgling political party declared his preference for buying ”guaranteed non-halal meat” so his money does not ”go to the Muslim community”.

Jamie Cavanough, who is standing for Katter’s Australian Party in Sydney’s most marginal federal seat, Greenway, is under fire for the apparently divisive comments he made to a community forum in one of the city’s most ethnically diverse areas.

Katter’s Australian Party played down the comments on Friday, describing them as a non-issue.

Mr Cavanough made his comments on Saturday, less than a fortnight after controversy in the Greenway community over plans for a supposed Muslim enclave, dubbed ”Halal housing”, in Riverstone.

Mr Cavanough posted on the Riverstone Community Group forum, which has 732 members on Facebook: ”Can anyone advise me where I can buy Guaranteed NON halal lamb for Australia day.”

When a forum user suggested he might try a butcher, Mr Cavanough replied: ”have not asked yet, just wondering if anyone new [sic] of any, I would prefer to always buy non halal as proceeds of halal goes to the Muslim community.”

And in a separate post, Mr Cavanough called on people to sign a petition against a supposed plan by the Prime Minister, Julia Gillard, to scrap the name Australia Day in favour of Harmony Day, saying ”the Muslim church is in favour of this”. The Prime Minister’s office confirmed there was no such proposal.

Mr Cavanough told Fairfax Media he was simply looking for a better deal on meat and his comments were not racially motivated.

”In my view, and it’s not the view of any party, I want to be able to purchase a product that has not been faced to a god that I don’t believe in and blessed,” he said.