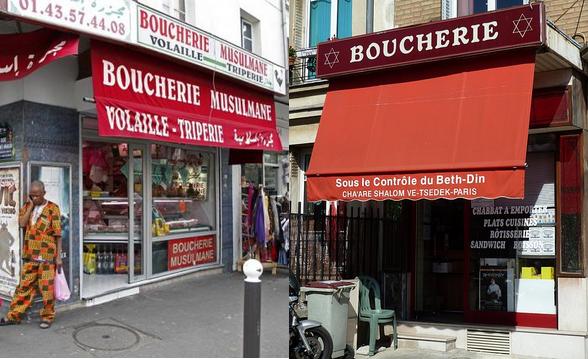 France’s prime minister urged Muslims and Jews to consider scrapping their halal and kosher slaughter laws on Monday as President Nicolas Sarkozy and his allies stepped up their efforts to woo far-right voters.

Prime Minister Francois Fillon made the suggestion after Sarkozy called at the weekend for butchers to clearly label meat slaughtered according to religious laws and his allies warned immigrants might impose halal meat on French schoolchildren.

Fillon and other conservative leaders linked this tough stand on ritually prepared meat to issues such as immigration and French identity that the far-right National Front uses to tap into resentment against Europe’s largest Muslim minority.

“Religions should think about keeping traditions that don’t have much in common with today’s state of science, technology and health problems,” Fillon told Europe 1 radio while discussing the two-round presidential election ending May 6. The “ancestral traditions” of ritual slaughter were justified for hygienic reasons in the past but were now outdated, he said. “We live in a modern society.”

Mohammad Moussaoui, head of France’s Muslim Council, said ritual slaughter was no more painful than modern methods and labelling meat as being prepared “without stunning” would feed resentment against the two minority religions using it. “It will stigmatise Muslims and Jews as people who don’t respect the interests of animals,” he said. “That will raise tensions in society.”