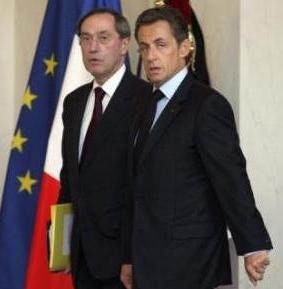 French Interior Minister Claude Gueant, a hardliner close to President Nicolas Sarkozy, came under fire again Saturday for the second time in a month for comments deemed racist by liberals.

At a meeting late Friday in support of Sarkozy’s bid for a new term as president, Gueant condemned proposals by the president’s socialist opponent Francois Hollande to give the vote in local elections to immigrants.

On Saturday, French presidential candidate Hollande’s spokesman, Manuel Valls called Gueant comments “nauseating”, while centrist candidate Francois Bayrou accused Gueant of scaremongering. The immigrant aid group France Terre d’Asile condemned “the pathetic quest of a minister who forgets his official duties in the hope of adding the votes of a few extremists to his side.”

Gueant, who is responsible for immigration, sparked a storm a month before when he told a gathering of right-wing students that “for us all civilisations are not of equal value”. “Those which defend humanity seem to us to be more advanced than those that do not,” he said, stressing the need to “protect our civilisation”.

The left denounced his speech as an attempt by President Nicolas Sarkozy to woo supporters of the far-right National Front (FN) ahead of the two-round presidential election in April and May.

Gueant has repeatedly linked immigration with crime in France and in January claimed the delinquency rate among immigrants was “two to three times higher” than the national average. Last April, he declared that an increase in the number of Muslim faithful in France posed a “problem”. He has also said that he wants to reduce the number of legal immigrants entering France, including those coming to work legally or to join their families.