The letters were written in maroon paint on the mosque’s gray cement block wall. The graffiti was written sometime between late Sunday night and about 7:15 a.m. today, when it was discovered by Portland Housing Authority workers on Anderson Street.

A crew from Graffiti Busters was called in this morning to remove the graffiti, and it had finished the task by 10:45 a.m.

Officials with the community center said they recently completed purchase of the building, where they’ve been since 2007, for $1 million. They said they’re disappointed by the graffiti and concerned about the impact it will have on children. 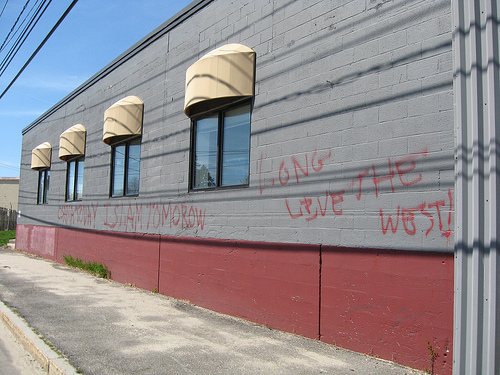