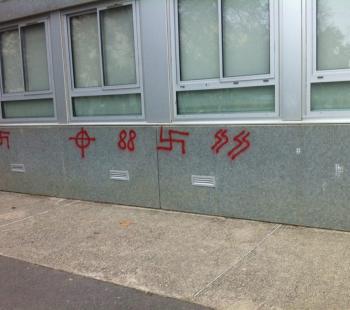 La Dépêche reports that racist graffiti and Nazi symbols were daubed in red paint on the walls of the Louis-Nicolas-Vauquelin secondary school in Toulouse last weekend. The slogans “Arabs out of France”, “Arabs sod off” and “Islam get out” were accompanied by swastikas and other Nazi signs such as 88 (i.e. Heil Hitler).