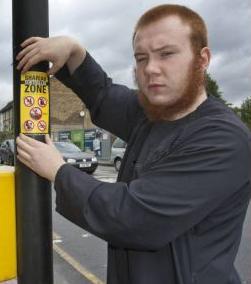 Last week the right-wing press made a big splash over the arrest of two Muslims who had been reported to the police for “acting suspiciously” while sailing a dinghy on the River Lea at Waltham Abbey in Hertfordshire, near to the Olympic canoeing venue.

While articles in the Guardian and the Evening Standard were quite measured, the Daily Telegraph reported this under the shock-horror headline “London 2012: Two Muslim converts arrested over Olympic terror plot”.

The Daily Mail did at least refer to the plot in inverted commas (“Muslim converts who ‘plotted to attack Olympic canoeing venue’ arrested after police see them acting suspiciously in a dinghy”), but as you can see, the Telegraph didn’t even bother with that formality. In any case, the two individuals had been arrested on suspicion and had not been charged with an offence. So, in the absence of actual evidence, talk of any kind of plot was premature to say the least.

This didn’t prevent the “counterjihad” movement seizing on the arrests as further evidence of Islamic perfidy. The English Defence League posted a link to the Telegraph report, provoking the usual hate-filled comments about Muslims. Over in the US, Robert Spencer went with “Two converts to Islam arrested for misunderstanding their peaceful religion, plotting jihad terror attacks”, while Pamela Geller, taking her cue from the revelation that one of the suspects, Jamal ud-Din [pictured], was a supporter of the tiny gang of provocateurs once known as Islam4UK, reported the arrests under the heading “Olympic bomber a follower of devout imam Anjem Choudary”.

My scepticism about the so-called plot was reinforced precisely by the fact that one of the arrested men was a follower of Choudary, who heads a group of publicity-seeking clowns that poses no actual threat of terrorism. I mean, if you were seriously intending to engage in acts of terrorist violence would you really draw attention to yourself by posing for the papers like this?

Then again, some former supporters of Choudhary were sentenced earlier this year for their part in a laughably inept plan to infiltrate the London Stock Exchange disguised as stockbrokers, plant an incendiary device in the toilets, burn down the building and thus bring about the economic ruin of the nation. As the BBC reported: “There were obvious flaws with the plan – not least the probable role of sprinklers and the London Fire Brigade. The surveillance indicated the men wanted to plant the device on Christmas Eve. The building would have been shut.”

So, while it appeared unlikely, the possibility that a follower of Choudary might have become frustrated with his leader’s stupid stunts and hatched some similarly deluded plan to target the Olympic canoeing venue couldn’t be entirely excluded.

However, earlier this week the Associated Press reported: “Two British Muslim converts arrested following a canoeing trip near the Olympic site have been released without charge. Scotland Yard says an 18-year-old and a 32-year-old arrested at separate addresses in east London last week have been freed ‘with no further action’.”

So far, this report hasn’t aroused the slightest interest from the Telegraph or the Mail, still less from Geller, Spencer or their thuggish friends in the EDL.