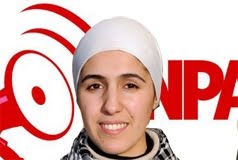 “The majority of the left in France believe that the hijab is an assault on women’s rights. This position quickly moves into the prejudice that Muslim women in France are more oppressed than non-Muslim women, that the experience of women in, say, Saudi Arabia is merely an extreme case of an oppression which is inherent in Islam.

“Muslim and Arab men are then presented as the major source of women’s oppression and contrasted with the progressive white values of Republican France. So opposition to religious practices on the basis of progressive values can easily turn into a thinly disguised form of racism – and often does.”

In an interview with Socialist Alternative, John Mullen of France’s Nouveau Parti Anticapitaliste explains the resignation from the NPA of 12 activists, including former NPA candidate Ilham Moussaïd.