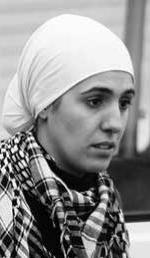 Olivier Besancenot, the postman-turned-revolutionary at the helm of France’s anti-capitalist movement, has been fiercely criticised from all sides of the political spectrum for fielding a headscarf-wearing candidate in forthcoming elections.

Ilham Moussaid, a 21-year-old Muslim woman who describes herself as “feminist, secular and veiled”, is running for the far-left New Anti-Capitalist party (NPA) in the south-eastern region of Avignon. But, despite her insistence that there is no contradiction between her clothing and her political role, Moussaid’s candidacy in the regional vote due in March has angered other feminists and politicians.

In an echo of the controversy raised by recent moves to ban the full, face-covering veil in public places such as schools, hospitals and buses, critics have said that the young activist’s headscarf, which conceals only her hair, goes against values of laïcité – secularism – and women’s rights.

Today, in a sign of how deep concerns are running, a leading feminist group announced it would file an official complaint against the NPA’s list of candidates in the Vaucluse département to protest against what it called an “anti-secular, anti-feminist and anti-republican” stunt.

“In choosing to endorse ‘open’ laïcité, the NPA is perverting the values of the Republic and suggesting we reread them in a manner which conforms with regressive visions of women,” said the Ni Putes Ni Soumises (Neither Whores Nor Submissives) association in a statement.

Others have expressed their shock at Besancenot’s attempt to field a candidate who sees no problem with making an overt statement about her religion in the public sphere, a practice considered taboo.