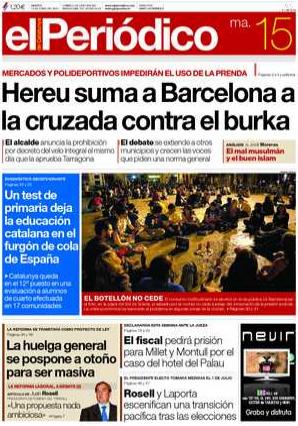 Spain’s government plans to ban the use of the Islamic burqa in public places under a proposed new law on religious freedom, the justice minister said Tuesday.

His remarks came a day after the mayor of Barcelona, Jordi Hereu, announced it would be the first large city in Spain to ban the use of the full-face Islamic veil in public buildings.

Two other towns in the northeastern region of Catalonia, Lerida and El Venrell, have recently imposed bans on the use of the Islamic veil in public buildings. Two more, Tarragona and Gerona, are considering similar measures, as is Coin in the southern region of Andalucia.