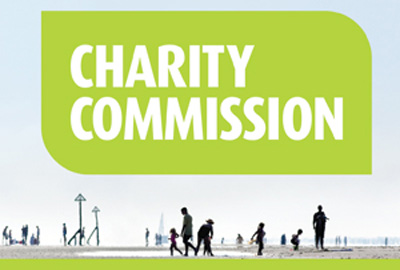 The government’s charity watchdog has launched a series of formal investigations into British aid organisations, amid concerns that they are at risk of being hijacked by terrorists in Syria and Iraq.

The head of the Charity Commission told The Telegraph he fears that groups distributing money and supplies donated by the public in Britain could be exploited by Islamists to smuggle cash, equipment and fighters to terrorists on the front line.

The regulator has begun scrutinising 86 British charities which it believes could be at risk from extremism, including 37 working to help victims of the Syria crisis, according to new figures released today.

It has launched full-scale investigations into four charities operating in the region, including the group that employed the murdered hostage Alan Henning when he was kidnapped, and another organisation allegedly infiltrated by a suicide bomber.

The number of terrorism-related cases that the regulator is examining has almost doubled since February, amid growing concerns that charities working in the region are potential targets for the so-called Islamic State in Iraq and the Levant (Isil, also known as Islamic State, and Isis).

William Shawcross, the chair of the Commission, said there was “a risk” that money donated by the British public had already been sent to Isil fighters, who have beheaded two British hostages, among many other victims, and are holding a third.

“It is absolutely terrifying to see these young British men going out to be trained in Syria and coming back here,” Mr Shawcross said. “Most of them are not going out under the auspices of charities but, when that happens, it is absolutely our duty to come down on it.

“Even if extremist and terrorist abuse is rare, which it is, when it happens it does huge damage to public trust in charities. That’s why I take it very seriously.”

Speaking to The Telegraph, Mr Shawcross said the regulator was stepping up its assault on the abuse of charitable funds by terrorists, as well as other kinds of malpractice including fraud, mismanagement, and mistreatment of vulnerable adults and children.

An extra £8 million has been given to the watchdog, along with planned new powers, to enhance its ability to tackle abuse of charities by Islamists and others, he said.

However, he warned that it was “often very difficult” to ensure that aid and money sent to war zones to help the victims of violence does not end up in the wrong hands.

“Of course there is a risk [that funds raised here in Britain have been transported to Isil jihadists in Iraq and Syria]. If we find any evidence of it happening through charities we will pursue it robustly in conjunction with the police and other law enforcement agencies.”

He said he was particularly concerned about the large number of small, new charities that have been set up to raise money to help victims of the Syrian crisis, while “aid convoys” delivering supplies to the region were especially vulnerable.

“I think there are 500 British charities that say they operate in Syria in one form or another and 200 of them have been registered since the conflict there began. Some of them are inexperienced and obviously more vulnerable to exploitation than bigger more established charities, the household names.”

Mr Shawcross said the regulator was concerned that “there may not be adequate controls as to where the goods and supplies were being delivered” from the aid convoys.