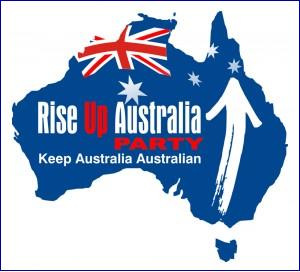 The controversial Rise Up Australia Party, known for headline-making, anti-Islam and anti-multiculturalism policies, has endorsed Dale Edwards as their candidate for Leichhardt.

The socially conservative RUAP officially launched their election campaign at the start of August, with Mr Edwards of North Cairns, describing their premise as “to keep Australia Australian. In other words, keep the Judeo-Christian values in place, and one of the main concepts is wanting a multi-ethnic Australia (like we’ve got), but we don’t want multiculturalism, which is the idea of having [migrant] enclaves of people.”

It’s the first election Rise Up Australia (RUAP) has contested, but Mr Edwards said party members had been craving for almost a decade to enter a federal election campaign. “There’s been a background organisation, [controversial evangelical group] Catch The Fire Ministry that’s been praying for 10 years for this party to be formed,” Mr Edwards said.

Mr Edwards admitted the scope of multiculturalism in Queensland is “probably not much at this point in time,” but said “We don’t want Australia to go down the same situation as England and Europe. It’s really a stand against that situation.”

“We want one culture and one law, we could conceivably have three laws in Australia: Australian law, Indigenous law, and Sharia law…We just want plain, simple Australian law to continue for the future. And particularly not Sharia law,” Mr Edwards said said, criticising various aspects of the Islamic legal system.

“If you’re caught thieving, you’ll lose your right hand. The covering up of women – full headwear and just a slit for their eyes,” he said, adding the RUAP was opposed to Muslim women wearing face-coverings, which prevents identification of the wearer. He said laws should allow Muslim women to wear “headscarves, just like the Catholic nuns wear something, but not something that covers the face, because it’s dangerous for driving, you can’t determine whether it’s a male or female, so it’s a tool for predators.”

“We’re at a risk overall. Centrelink already allows [Muslim men] to have four wives, and that affects our economy. And [if] each of those women have two children each, they’ll outnumber Australians.”

You’ll note that Edwards doesn’t think Muslims are Australians. As for his warning that they will “outnumber” non-Muslims, the 2011 census found that Muslims comprise 2.2% of the Australian population.

Update:  The Warrugal Citizen interviews another RUAP candidate, Norman Baker, who has a rather different take on the Muslim threat to Australia.

He adds: “The Muslim people don’t integrate into our lifestyle in Australia, they want to change it and they want to dramatically change it.” As a consequence, “we are at war in Australia on Australian soil and most Australians that I meet don’t understand we’re at war”.

Baker also expresses his anxiety about the withdrawal of Australian troops from Afghanistan: “If we bring them back here too quick we might find we’re fighting this thing on our own soil, and it’s the Muslims that are causing it.”