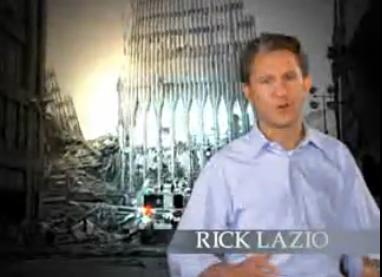 Republican Rick Lazio‘s underfunded campaign for governor of New York attracted big donors dedicated to anti-terrorism efforts after he called for a probe of funding for a proposed mosque near ground zero, according to state records.

State campaign finance records show Long Island real estate developer and philanthropist Lawrence Kadish and his wife, Susan, contributed $75,000 to Lazio’s campaign beginning July 26. Their donations were about a third of the total Lazio collected during the 30-day period.

Under the headline “Mr. Lazio’s Bid for Attention,” a New York Times editorial on Aug. 23 said Lazio was making “increasingly hysterical attacks” on the project and “had no shame about using images of the smoldering World Trade Center in a new political ad.” The editorial noted Lazio was far behind Cuomo in polls and fundraising and that may be the explanation for his “attempt to exploit ground zero images for political gain.”

Three of the four installments from Kadish and his wife came after the editorial. A few other contributors involved in pro-Israel groups provided thousands more after Lazio’s July 7 letter.