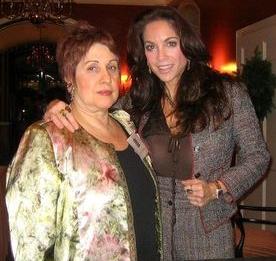 Under the headline “Jewish and Muslim leaders urge European Union heads not to pander to extreme-right”, the World Jewish Congress reports on a meeting in Brussels of Jewish and Muslim representatives.

The joint declaration they adopted included the following passage:

“We are troubled by the growth of racist and xenophobic movements. We believe that individuals and organizations espousing such malign and hateful ideologies represent a grave threat to the fundamental European values of pluralism, democracy, mutual respect and cooperation….

“We wish to work together with all Europeans of conscience to put a stop to any group that espouses racist or xenophobic ideologies long before they are in a position to gain legislative or other power. We must never allow anti-Semitism, Islamophobia, xenophobia or racism to become respectable in today’s Europe. In that regard, we call upon all political leaders not to pander to these groups by echoing their rhetoric.”

Nobody outside of the far-right organisations being condemned here could object to that, you might think. You’d be wrong. Over at FrontPage Magazine Phyllis Chesler, the self-proclaimed “founding voice of the modern feminist movement”, writes:

“Why is a group of Jews trying to help Muslims … by appealing to European governments not to ‘pander to right wing forces’ which are, belatedly, beginning to gather in response to a Muslim population which is hostile to Western and European values, does not wish to assimilate, and is both separatist and violent?

“Had Muslims come in total peace these ‘right wing forces’ may have, indeed, been a reflection of European racism towards Arabs and dark-skinned ‘Easterners’. But the alleged ‘Islamophobia’ is not based on bigoted considerations of color, faith, or ethnicity; it is, rather, based on the increasing danger that Muslims pose to the stability and character of Europe.”

Update:  Still, Chesler does have her fans (even if they can’t spell her name):