Congressman and possible senator Allen West lives in his own serene and strange reality where, no doubt, his recent response to a local Islamic group makes perfect sense.

In early August, the Council on American-Islamic Relations (CAIR) sent a 679-word letter to West urging him to cut ties with “anti-Islamic extremists”. CAIR singled out Brigitte Gabriel, Pamela Geller, Robert Spencer, and Rev. Neil Dozier as Muslim-haters with whom West has shared stages.

“Muslims protect and serve our great country and are afforded equal protection under law,” the letter read. “We shouldn’t have to defend our rights to worship freely or participate in the governing of our society.”

Soon afterward, CAIR received the following letter, which was first reported by CBS4. The Muslim group sent us a copy, which we’ve embedded below. We believe it might be the dumbest thing ever written on congressional stationery.

Executive director Nezar Hamze tells Riptide he’s befuddled: “Obviously, I was expecting a little more from an elected official. I don’t know if he was calling me nuts or calling my request nuts or what.”

(West’s spokesperson has yet to explain to New Times what the congressman meant.)

Hamze doesn’t think he’ll write West back. “How can I respond to this?” 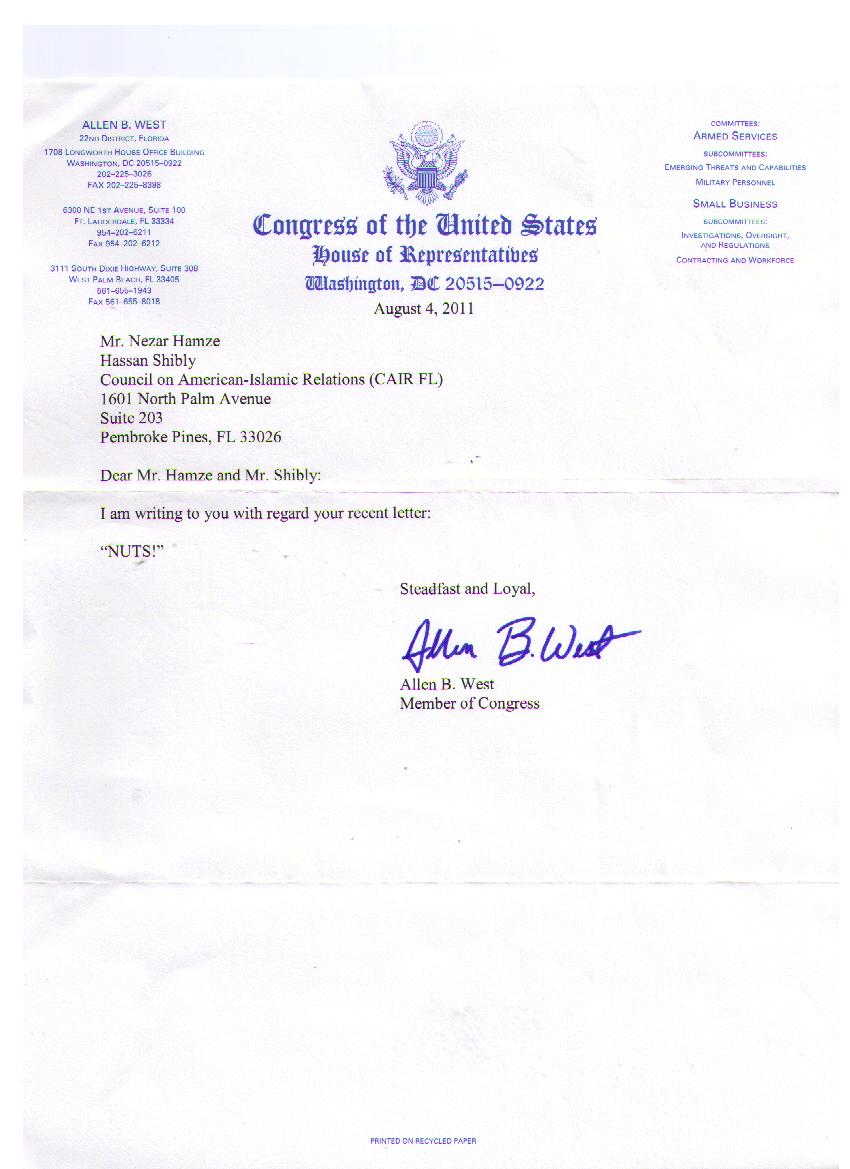