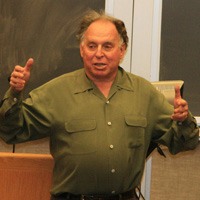 Under fire from prominent journalists, the top editor of the influential magazine New Republic on Monday apologized for suggesting that Muslim Americans be denied First Amendment rights, but stood by his broad claim that members of the Islamic faith don’t much value human life.

“[My] other sentence is: ‘Frankly, Muslim life is cheap, especially for Muslims.’ This is a statement of fact, not value. In his column, [the New York Times‘ Nick] Kristof made this seem like a statement of bigotry,” wrote Marty Peretz,TNR‘s editor-in-chief, in a blog post titled: “An Apology.”

In his Times column Saturday, Kristof excoriated Peretz’s September 4 blog post, elevating the controversy over the TNReditor’s initial remarks. “Is it possible to imagine the same kind of casual slur tossed off about blacks or Jews?” Kristof wrote. “How do America’s nearly seven million American Muslims feel when their faith is denounced as barbaric?”

“[A]t some point,” Kristof added on his Times blog, “criticisms morph into racist stereotypes and slurs, and the suggestion that Muslims don’t value human life and maybe don’t deserve First Amendment protections is just that, a slur. It should be offensive to all of us.”