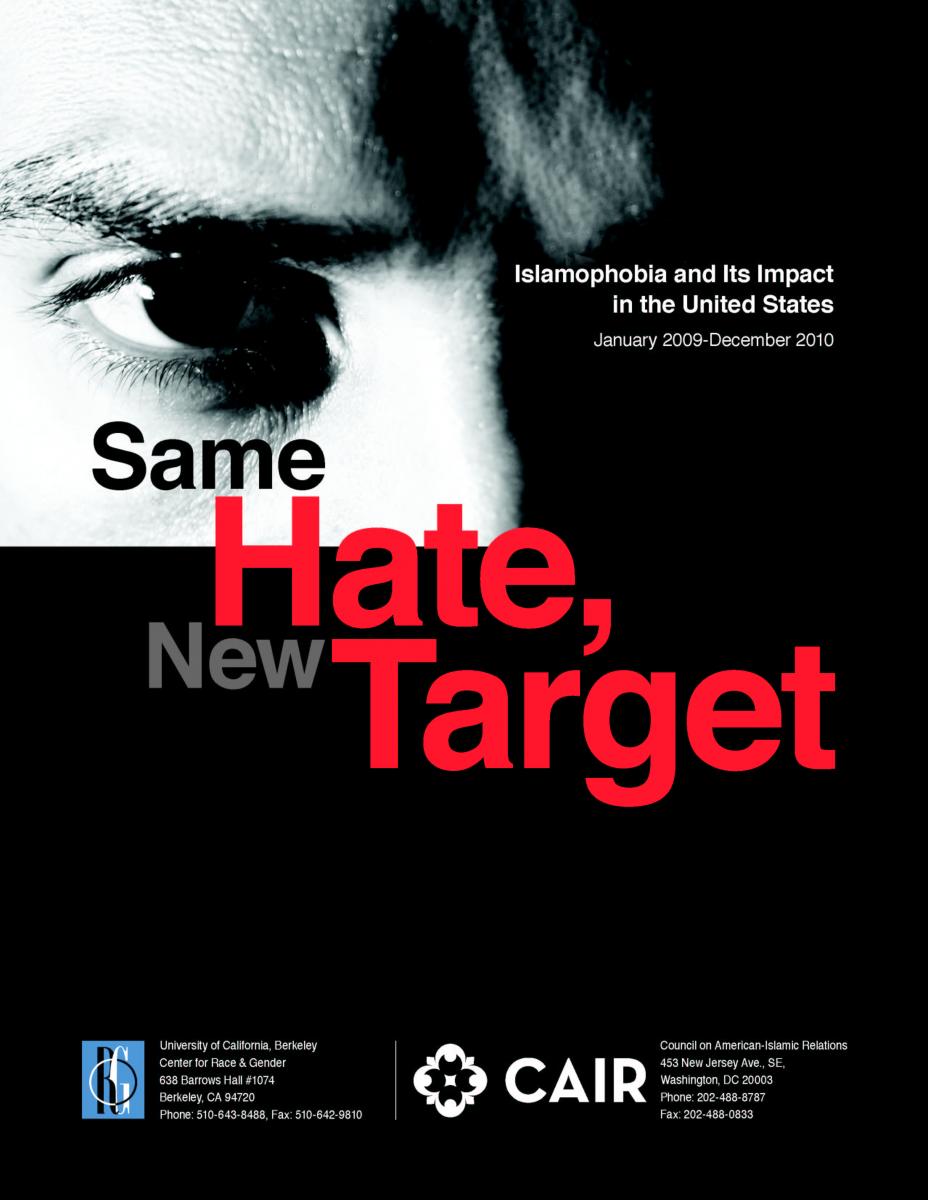 The Council on American-Islamic Relations (CAIR) and the University of California, Berkeley’s Center for Race and Gender today released a report based on available data and interviews with experts that documents growing Islamophobia in the United States and offers recommendations about how to challenge the troubling phenomenon.

The groundbreaking report – titled “Same Hate, New Target: Islamophobia and Its Impact in the United States 2009-2010” – offers a definition of Islamophobia as a “close-minded prejudice against or hatred of Islam and Muslims” and an overview of its growing negative impact in the United States. After defining the term, the report states: “It is not appropriate to label all, or even the majority of those, who question Islam and Muslims as Islamophobes.”

Special sections in the report focus on the manufactured controversy over the Park 51 Islamic community center in Manhattan, the 2010 Oklahoma ballot initiative targeting Islamic principles (Sharia) and Islamophobia in the 2010 elections.

“This report shows that Americans who embrace pluralism must act together to prevent Islamophobia from being accepted in mainstream society,” said CAIR National Legislative Director Corey Saylor, one of the report’s co-authors. “Islamophobia is the new face of an old hate that has targeted minorities throughout our nation’s history.”

Update:  Or, for an alternative view, see Robert Spencer, “Hamas-linked CAIR teams up with UC Berkeley prof who called for ‘intifada’ in U.S. for defamatory ‘Islamophobia’ report”, Jihad Watch, 23 June 2011

That’s the same Robert Spencer who is described in the report as promoting “an intellectualized Islamophobia through ‘selectively ignoring’ Islamic texts and principles that do not fit his view of Islam as the enemy”.

The report also notes: “In 2006, Spencer participated in a conference honoring anti-Muslim, anti-immigrant Dutch politician Pim Fortuyn, who sought to legalize government discrimination in the Netherlands. Spencer proudly highlights his participation in this conference among his ‘Notable Speaking Engagements’. Fortuyn’s anti-Muslim views and the resulting backlash against Muslims living in the Netherlands are noted in the Department of State’s International Religious Freedom Reports for 2002 and 2005.”