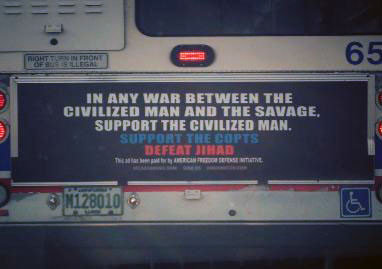 The controversial ads unveiled on the back of 10 CTA buses Wednesday read, “In any war between the civilized man and the savage, support the civilized man.” They conclude with the words, “Support Copts. Defeat Jihad,” referring to friction between Muslims and Coptic Christians in Egypt.

Within hours of the buses’ first runs, messages appeared on Facebook and Twitter denouncing the campaign. Many said degrading a spiritual tenet of Islam – one that refers to a Muslim’s personal quest to become a better person – amounts to hate speech.