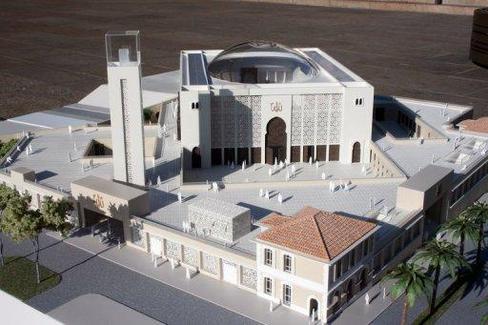 A French appeals court granted permission Tuesday for the building of a mega-mosque in the southern city of Marseille that has been touted as a symbol of Islam’s growing place in France.

The court overturned an October ruling by Marseille’s administrative tribunal that cancelled the project’s construction permit for supposed failures to meet urban-planning requirements.

A community association led by a local butcher had filed a complaint against the building permit, saying the mosque project did not fit with the surrounding urban environment.

The 22-million-euro ($28-million) project would see the Grand Mosque, boasting a minaret soaring 25-metres (82-feet) high and room for up to 7,000 worshippers, built in the city’s northern Saint-Louis area.

Home to Europe’s biggest Muslim minority, estimated at between five and six million, France has for years been debating how far it is willing to go to accommodate Islam, now the country’s second religion.

The appeals court in December also rejected complaints against the mosque project filed by France’s National Front (FN) party and another far-right group.