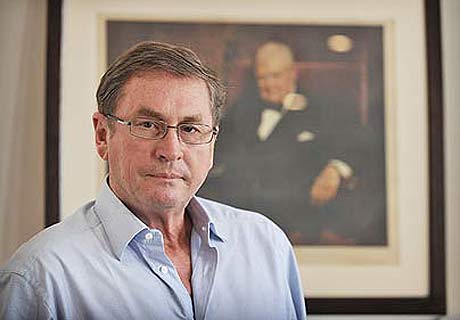 David Cameron’s controversial new campaign chief, Lynton Crosby, was in a fresh row last night after a leading Tory peer said his foul-mouthed rant against Muslims could be seen as “racist”.

“The danger is that other people will see it as racist,” Lord Ashcroft was heard to comment at the Spectator magazine parliamentary awards lunch at The Savoy in London. “Some people may assume he means effing Muslims, effing blacks and all effing immigrants and will not appreciate that Muslim is a religion not a race.”

Thanks to Lord Ashcroft’s clarification, those of us who might otherwise be inclined to regard this “joke” as racist too can now see that it is nothing of the sort.

Crosby does have his admirers, though. On-and-off Tory (but currently crossbench) baroness Shreela Flather is quoted by the Mail as saying: “Lynton is right to say it is pointless for the Conservatives to chase Muslim votes. They are all on benefits and all vote Labour.”