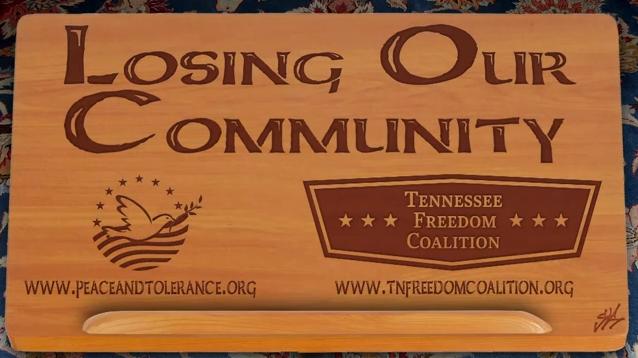 Sen. Bill Ketron has distributed a DVD to his fellow senators that claims Nashville Muslims radicalized a Memphis man who shot an Army recruiter after converting to Islam.

Ketron said the video shows why his Material Support for Designated Entities Act, which gives law enforcement officials in Tennessee the power to declare a person or group a terrorist organization, is needed.

The video makes many claims that are vague or misleading, and local Muslims say it shows that Ketron’s bill is targeted at them, despite his statements to the contrary.

The 16-minute video titled “Losing our Community” was produced by the Boston-based Americans for Peace and Tolerance and the Tennessee Freedom Coalition.

It focuses on members of the Islamic Center of Nashville, where Abdulhakim Muhammad, who was born Carlos Bledsoe, worshipped for a time while he was a student at Tennessee State University. Muhammad later shot and killed a soldier at a military recruiting center in Arkansas, saying his actions were justified because U.S. soldiers were killing Muslims in the Middle East.