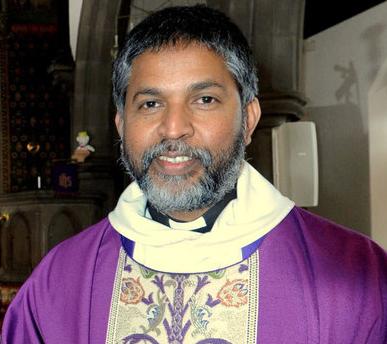 A priest who has allowed Muslims to pray in his church has been hit by a barrage of abuse by internet “trolls”.

St John’s Episcopal Church in Aberdeen became the first church in the UK to share their building with Muslims after Rev Isaac Poobalan saw members of a neighbouring mosque praying outside in the snow because of a lack of space.

Hundred of Muslims now pray in the church’s main hall and chapel every week, but the news has not been well received by some Christians, who have taken to the church’s Facebook page to blast the decision.

One user said that the church were “sharing Christ’s table with Satan” before others another predicted a “flood” of Muslims moving to Aberdeen to convert the church into a mosque and said Mr Poobalan needed to be given the “boot” before it was too late.

Another posted: “I would leave this so called “church”. Allah is Satan, and no God. They (the church) have nothing to say about persecuted Christians, but invite Satan in. We are dealing with evil people that bow down to Allah and lost their belief in Jesus a long time ago. Allah has no son.”

Mr Poobalan said he would not sever his relationship with the nearby Crown Street Mosque.

He said: “I keep seeing these Facebook comments coming up on my email account, but I will not back down. We have developed a relationship with the mosque and we will not be breaking that up.

“These people have reacted spontaneously, but over time I hope they will change their minds. There is a huge religious cultural gap between the two, and if it takes time for them to be brought together then that’s the way it is.

“With our media culture these days one can easily make comments and respond to things instantaneously, you just have to live with it.”

One user even criticised Mr Poobalan for being a Good Samaritan to just be “liked” and said there was nothing “courageous” in his actions. Mr Poobalan insisted he was not interested in a popularity contest.

He said: “What governed my human response was the Christian teaching ‘love your neighbour as yourself’ and that was honestly my first thought, ‘I have to help them as a neighbour’.

“Jesus Christ wasn’t one who wanted to be liked and I don’t expect people to like me or the Church for what we do. We don’t go into this blindly, we go into this knowingly and we don’t go around trying to please people.

“It was simply a gut feeling to let them in after seeing someone in the cold praying and I believe that prayer is never wrong. There is nothing wrong with making them comfortable.”

Update:  The Daily Mail report condemns the “vile taunts” to which Rev Poobalan has been subjected. The paper’s indignation would perhaps carry more weight if it didn’t spend so much time whipping up the sort of anti-Muslim prejudice that motivates such behaviour.