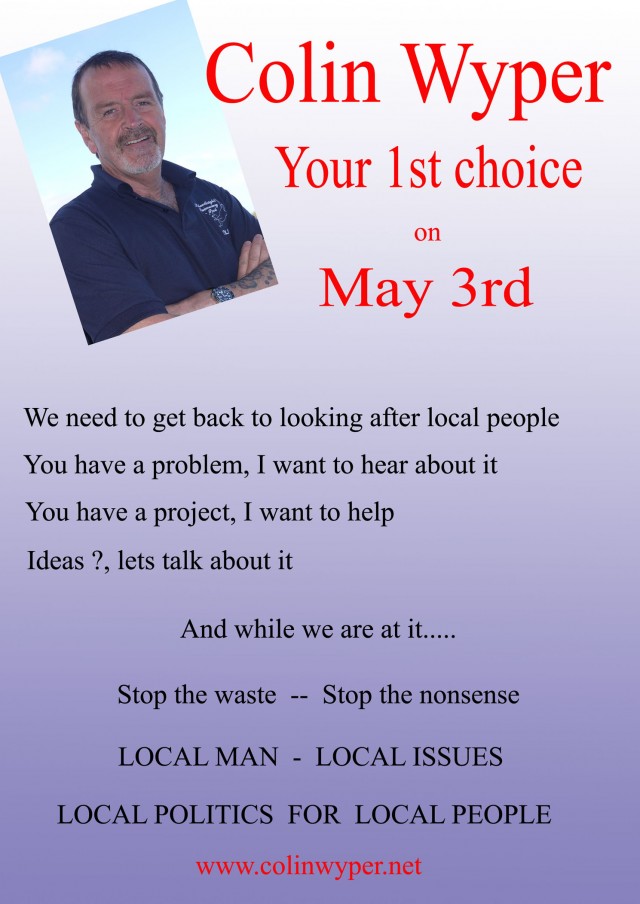 A candidate in next month’s council elections has admitted to being a former member of the British National Party. Colin Wyper, who is standing as an independent in Dee ward, joined the organisation in the wake of the London terrorist bombings in July 2005.

But Mr Wyper says he was never an “active member” and did not renew his membership in 2006, admitting it was “a foolish thing to do”. He said: “I was a member, technically, for a year. I was sent some BNP propaganda but I very quickly found out what they said wasn’t true. I do not, hand on heart, see myself as a racist.”

Mr Wyper’s name appeared on a BNP membership list which was leaked online in 2008. He said he had no idea why his name was on it as he had let his membership lapse in 2006 after deciding he didn’t want to be involved as he’d “found out what they were really like”.

Mr Wyper, who also used to be a member of the SNP, explained his actions this week on a section of his campaign website he called “My Mistake“. He wrote:

“I felt so let down by our government, so frustrated, so angry, I made a mistake. I very quickly learned their moderate website propaganda was masking a more sinister side. I never participated in any way, attended meetings or donated any money to their cause.

“I am not a racist, it would not put me up nor down if a Hindu, Sikh, Chinese, Russian, Pole or Spaniard moved in next door. I was and still am terrified of Islam.”

The actual quote, which has been edited in the report, reads: “I was and still am terrified of Islam, of their gradual and steady takeover of the western world….” So I think we can take it that Wyper wouldn’t want to live next door to a Muslim. But we have his assurance that he’s not a racist.