The Parti Quebecois is sounding the alarm bell over an Islamic food ritual, calling slaughter for halal meat an affront not only to the rights of animals but to the values cherished by Quebecers.

The pro-independence party declared its concerns Wednesday about halal animal-rights standards, and is worried that mainstream companies are selling the meat, without any labelling, to unsuspecting Quebecois customers. The PQ is now demanding a report on the halal situation from the provincial government, by March 23.

The opposition party wants to know how many companies are involved in producing halal meat, and how many animals are being slaughtered per year under Islamic rituals. It says it’s concerned about animal rights, in addition to potential food contamination.

“This type of slaughter slams directly against Quebecois values,” the PQ said in a statement released Wednesday. 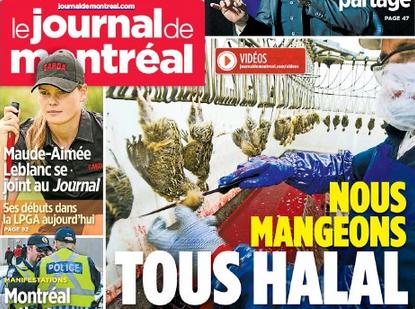