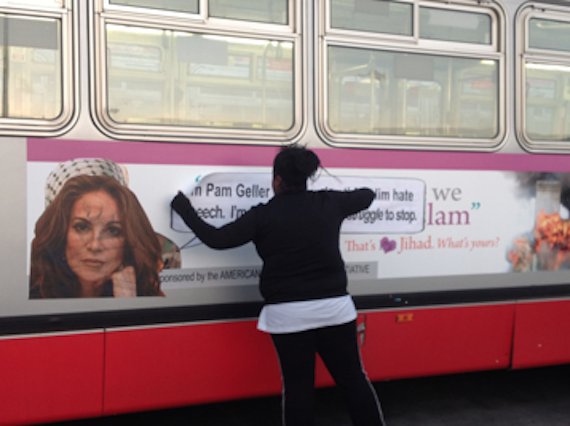 Over at the Huffington Post Aaron Sankin reports that a San Francisco-based group called Bay Area Art Queers Unleashing Power (BAAQUP) have mounted a guerrilla art campaign against Pamela Geller’s latest round of anti-Muslim ads on the city’s buses.

A message pasted over the ads by BAAQUP reads: “I’m Pam Geller and I fund anti-Muslim hate speech. I’m obsessed and must struggle to stop.”

In a press release (“Why we are changing Pamela Geller’s hate-filled ads”) BAAQUP states:

“We believe that all public spaces including public transit and should be welcoming and safe for all members of our community. The hate-filled messages purchased by Pamela Geller’s AFDI defame and vilify Muslims and are harmful and offensive to residents and visitors in San Francisco, both Muslim and non-Muslim. Since the city will not take action against these ads on city buses, we have.” 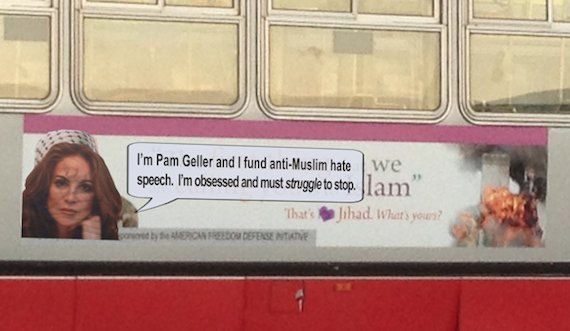