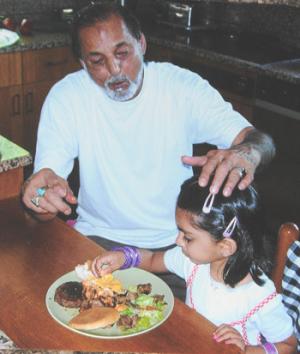 Two teenage members of a “happy slapping” gang have pleaded guilty to killing a pensioner in front of his granddaughter in south London.

Ekram Haque, 67, a retired care worker, was attacked in August 2009 in Church Lane, Tooting, as he left a mosque. He died a week later from injuries which included a wound to the head.

The boys, aged 15 and 16, pleaded guilty to manslaughter at the Old Bailey. Another 15-year-old youth admitted causing actual bodily harm. So-called “happy slapping” attacks refer to violence which is recorded by the perpetrators on mobile phones.

The attack on Mr Haque on 31 August was witnessed by his three-year-old granddaughter.

The boys were charged with his murder but the lesser charges of manslaughter and assault occasioning actual bodily harm were accepted by prosecutors.

All three teenagers also pleaded guilty to causing grievous bodily harm to two other men, Atta-ul Hassan Mir and Imdad Bukari, on the same day as the attack on Mr Haque, as they too left the mosque during the Muslim festival of Ramadan.

The court heard that the teenagers were in a gang which called themselves Lane Gang Productions.