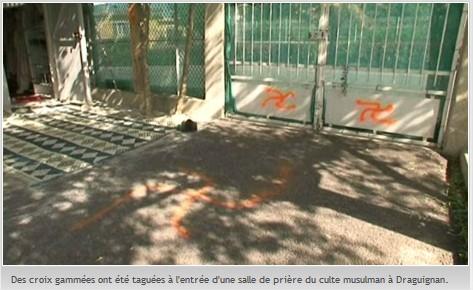 A leading French Muslim group says three mosques have been vandalized over the past week and is urging authorities to punish the perpetrators.

In a statement Thursday, the CFCM expressed concern about what it called the “multiplication of these cowardly and hateful acts” and warned against complacency. Muslim and Jewish graveyards and religious buildings around France have long suffered sporadic vandalism.

The group urged authorities to track down and punish those responsible “with all the necessary severity.”