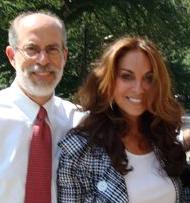 Attorneys representing opponents of the construction of an Islamic community center in Murfreesboro appeared in Chancery Court Monday morning.

Plaintiffs asked Chancellor Robert E. Corlew III to impose an injunction on any further construction on the Islamic Center of Murfreesboro claiming approval did not provide adequate public comment and that its members will impose Sharia Law on Murfreesboro residents.

“Why would we give any religion the right to cancel our rights under the United States Constitution,” Plaintiff’s Attorney Joe Brandon Jr. said in opening statements to the court. “If the Planning Commission had approved this for Osama bin Laden, would they still feel there should be no public hearing?”

Under questioning by attorney for the plaintiffs, Gaffney described Sharia Law and the dangers it poses to communities across the nation. “Sharia (law) is the enemy-threat doctrine we face today,” Gaffney said.