The decision to approve a new mosque in York without debate by councillors has come under fire.

Independent Osbaldwick councillor Mark Warters has written to City of York Council planning chief Mike Slater and Hull Road councillors to express his dismay that a “significant change” to York’s historic skyline had been allowed “without the open, democratic scrutiny of a planning committee meeting”. He said many local residents had told him they felt let down that such a change had been agreed behind closed doors.

The Press reported last month that revised plans for the new £1 million mosque, on the site of the current one in Bull Lane, off Hull Road, had been approved by council planning officials, who said it had a significant number of benefits and complied with planning policy.

Coun Warters said he had followed a convention that councillors should not interfere in matters in other members’ wards, but would not follow any such convention in future where any important planning application was destined to be decided behind closed doors for “politically correct” concerns.

He said he personally felt the building would harm York’s skyline and councillors’ duty was to maintain the prominence of York Minster from all vantage points.

He said: “The precedent set here will undermine that responsibility. This should have been debated and decided openly.”

Hull Road councillor Neil Barnes said he had been “actively working with both the residents and the mosque to address local concerns”, and said: “I believe this a good approach to the situation and on planning grounds felt no need to call in the application.”

He claimed the skyline would not be dramatically altered. “The minarets will be the equivalent of a three-storey high building,” he said. “It will probably match the windmill of St Nicholas Fields or the spire of St Lawrence’s Church.”

The baseless charge that the new mosque will affect the city’s skyline and obscure York Minster is of course the line that has been pushed by the far right, including the English Defence League. The actual plans for the mosque can be consulted here. Even taking the minarets into consideration, the height of the building is less than that of a new apartment block next to the site. 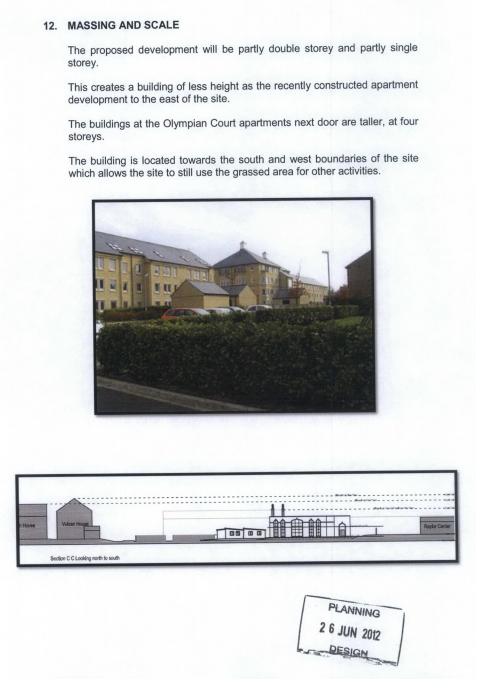