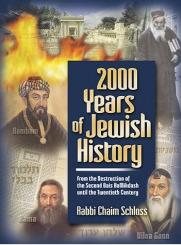 A Canadian Islamic organization is accusing a Toronto-area Jewish day school of using a textbook that vilifies Muslims.

In a Nov. 19 letter to Jewish groups, the Canadian Council on American-Islamic Relations, or CAIR-CAN, charges that a textbook used at the Joe Dwek Ohr HaEmet Sephardic School employs “inflammatory and hateful terms in describing Muslims.”

“The entire chapter devoted to Islam presents a pernicious and extreme portrayal of Muslims and the Islamic faith. The material further denigrates the Prophet Muhammad as a ‘rabid Jew-hater,’ and falsely portrays Islam as inherently anti-Semitic and devoted to hating Jews,” the group said in its letter to the Friends of the Simon Wiesenthal Center For Holocaust Studies and the Centre for Israel and Jewish Affairs, or CIJA.

It said the text is used in grade 7 and 8 girls’ classes at the Orthodox Jewish day school and “leaves impressionable young Jewish readers with a sense of suspicion and even intolerance towards their fellow Canadians.”

The group wants the Centre for Jewish Education of UJA Federation of Greater Toronto to investigate.

No one from CIJA, the Wiesenthal Center or Ohr HaEmet responded to JTA’s requests for comment.

CAIR-CAN’s salvo comes on the heels of an investigation by Toronto-area police of a local Islamic school. Earlier this month, police cleared the school of hate crimes allegations following a complaint by Jewish groups. York Regional Police found that teaching materials at the East End Madrassah attacked Jews and “suggested intolerance,” but were not criminal.

Part of the madrassah’s curriculum encouraged boys to keep fit for jihad, compared Jews to Nazis, and referred to “Jewish plots and treacheries.”

The complaint “prompted change” at the madrassah, noted CAIR-CAN in its letter, adding that the group “welcomes that change.”

When police began their probe, the Toronto District School Board,  which rented space to the school, revoked its permit and the madrassah had to relocate.