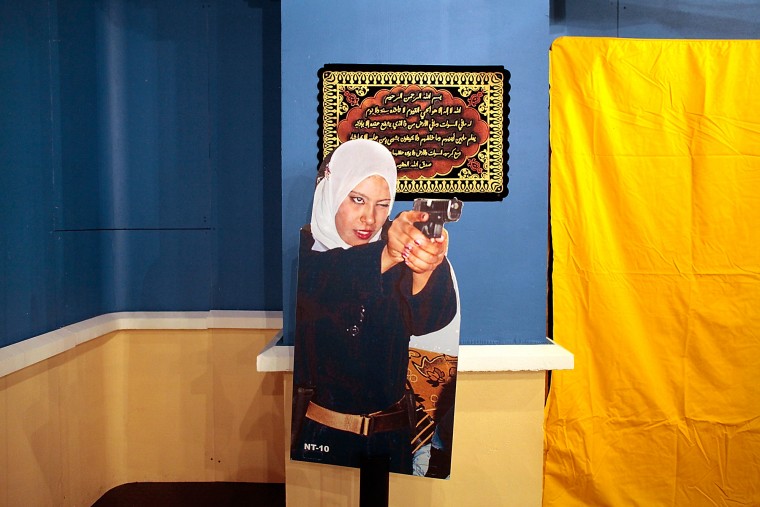 A prominent national Muslim civil rights and advocacy organization today called on Pentagon officials not to use a target depicting a Muslim woman wearing a religious head scarf (hijab) and verses from the Quran in combat scenarios for training Navy SEALs at the new close quarters combat range at Joint Base Fort Story in Virginia Beach, Va.

The Washington-based Council on American-Islamic Relations (CAIR) said that military facility, referred to as a “kill house,” features a number of combat scenarios, including a mosque and a movable target of a Muslim woman wearing hijab and aiming a handgun. Verses from the Quran, Islam’s revealed text, are also displayed behind the target.

“Using a Muslim woman wearing a religious head scarf with [verses from the] Quran behind her as a target for our nation’s military personnel is offensive and sends a negative and counterproductive message to trainees and to the Muslim-majority nations to which they may be deployed,” wrote CAIR National Executive Director Nihad Awad in a letter to Secretary of Defense Leon Panetta. “This is yet another example of why the Department of Defense needs to fix what appears to be an ongoing problem by consulting credible scholars and experts to review all training and training materials related to Islam or Muslims.”

Update:  See Sheila Musaji, “What do Navy Seals ‘learn’ by shooting at a target depicting a Muslim woman?”, The American Muslim, 29 June 2012